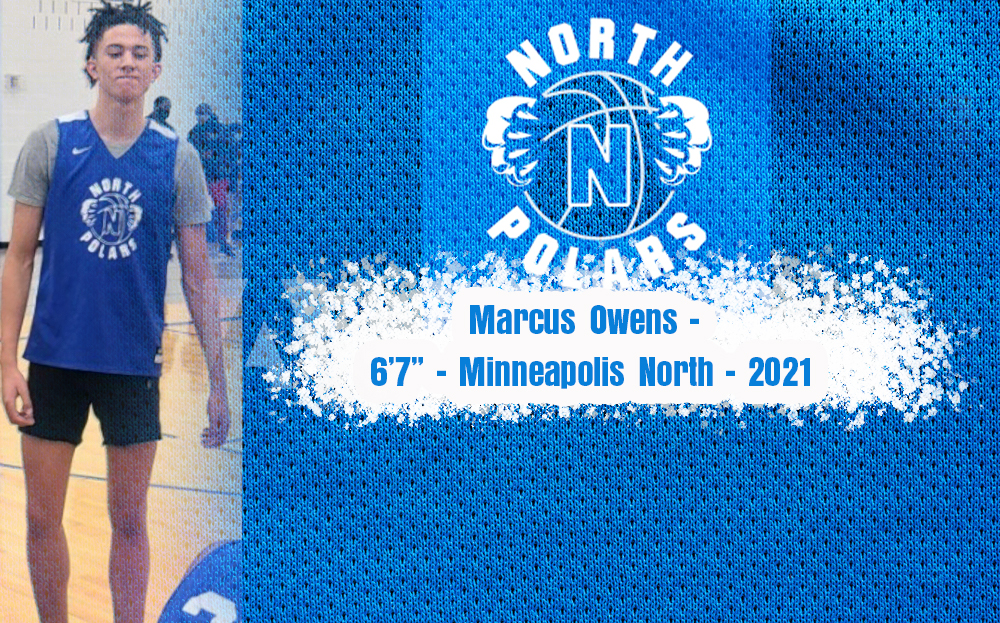 Marcus Owens is a prospect that Coaches will hear a lot about this winter high school season.  Owens has had a great fall season and has caught the attention of a few Colleges Coaches.  The long athletic small forward is slowly making a name for him self with a loaded Minneapolis North Group.  He moves well in the half court without the ball and finishes well in transition.  Defensively he is a great shot blocker and has a knack for being in the right positions on Defense.  Once you add 6’7” Davon Townley who brings physical presence to the inside it makes scoring on Norths interior tough.  At his size and skill you could be looking at the conference new comer of the year award.

Owens is a prospect that has flown under the radar until now finding the right fit at North High School playing for 6 time state tournament winner Coach Larry McKenzie.  He will be able to add the needed skills to make him into a well rounded player and prepared for the next level.  As he continues to mature and grow layers to his game by adding more perimeter shooting, we can expect to see his stock rise this season and could be a great fit for the right mid major.