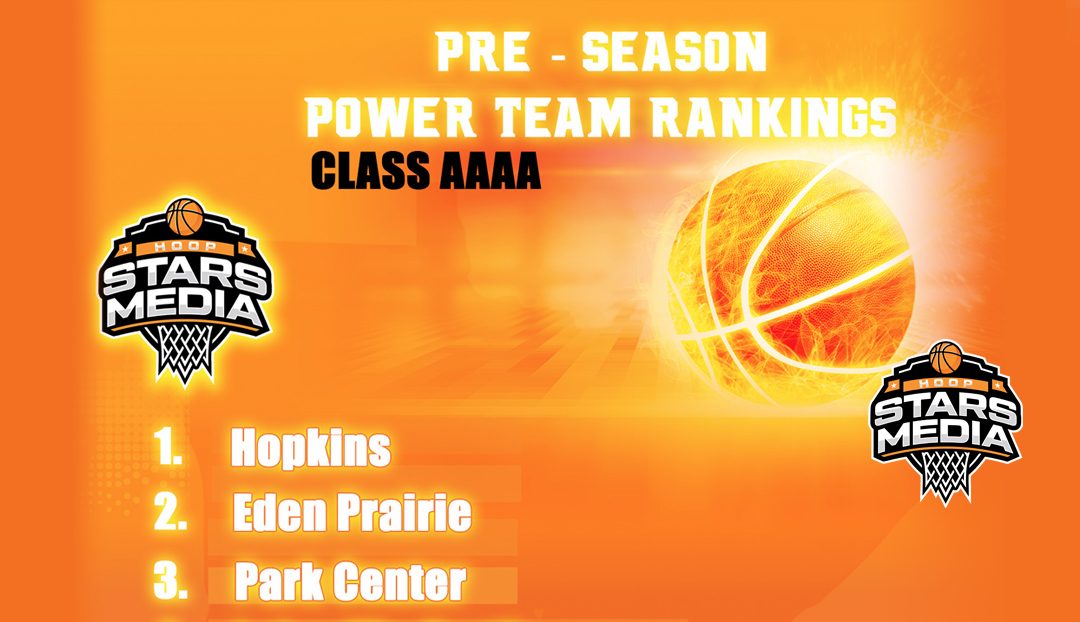 This season will not disappoint as there are some really good 4A high schools teams in Minnesota comprised of really good returning players.  Many of which are true college prospects and players who have already signed letters of intents.  4A is Minnesota’s largest High School basketball class in the state and a few schools come to mind that have been traditional basketball powers.  Hopkins won the state 4A state championship and anyone who knows Minnesota basketball knows that Hopkins has won many state championships over the years and sent many players to play for major Division one basketball programs.  From last years roster 6’10” power forward Zeke Nnaji is now starting in his freshman year as an Arizona Wildcat putting up big time numbers.

As we look at our top 10 Pre – Season team Power rankings you will notice that the top 5 teams have players who will attend and play for major division one power five conference schools such as Park Centers Dain Dainja who will attend Baylor University, Dawson Garcia from Prior Lake who just recently signed with Marquette University and is nationally ranked 45th in the nation by ESPN rankings. Hopkins Kerwin Walton holds offers from North Carolina, Kansas, Texas, Baylor and many more high level schools.  Minnesota basketball is currently in a good space with a great mix of high profile players and many under the radar players who are developing and growing into very good prospects.  Our power rankings will shift as the season starts and some of the marquee match ups take place during the upcoming season.  Our number 10 sleeper comes from the Northwest Metro and is one of the states toughest conferences on any given year is your state tournament winner or runner up.  Spring Lake Park plays in the Northwest Suburban – West. They will return with a very good senior cast lead by 6’6″ Blake Remme.

WANT TO PLAY COLLEGE ATHLETICS? GET A HEAD-START AND GET RECRUITED! HEAD RIGHT ON OVER TO OUR COLLGE PROSPECTS LINK AND Fill OUT OUR PROSPECT FORM.