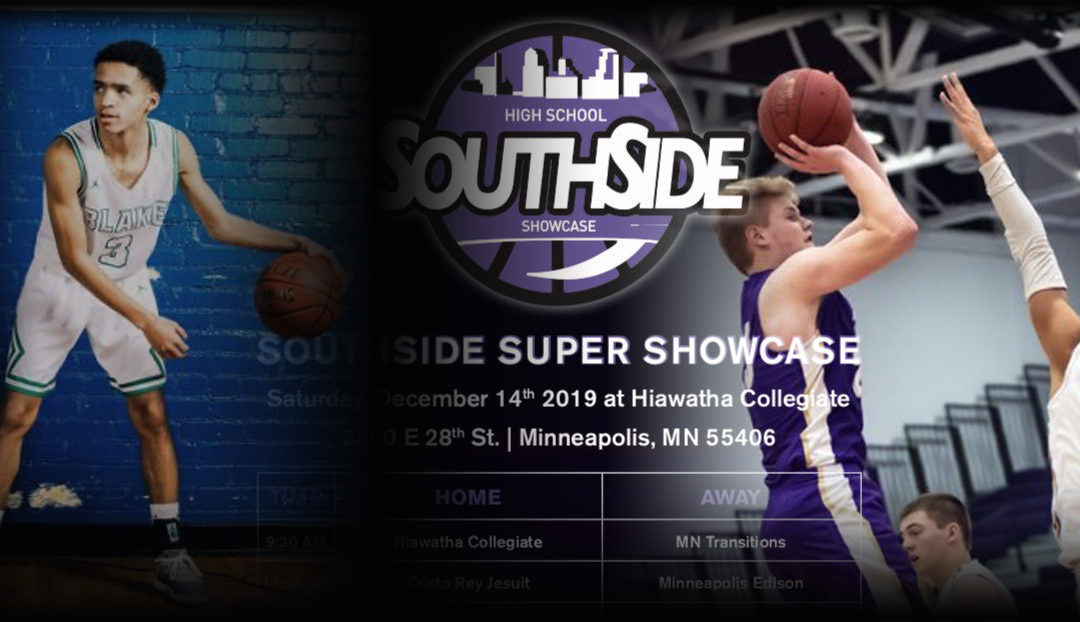 Don Ferguson: National Sports Editor – Hoop Stars Media “Sideline to Online We Do Hoops”
The 6th annual Southside Super Showcase has come to a close and in todays issue we cover the Hiawatha Collegiate site.  This site featured some talented teams with some young talented.
Hiawatha – (74) defeats MTS – (67) — Jessye Lewis Jr. 28 points, Jaheim Houts 17 points. are two young prospects in the class of 2023.  Jessye Lewis Jr. was the leading scorer from a year ago and is on pace to beat his numbers from last season in the scoring department.  Jaheim is a 6’3″ wing that is a very interesting player that is starting to come into his own.  He use his athleticism to create opportunities at the rim for his team.  He is one to watch as the season starts to come more into view.
MTS – Linday Brown – 22 points,  Lashone Patterson 17 points
Cristo Rey Jesuit – 72 defeats Edison – 64   Cristo Rey is so stranger to having successful seasons and talented players.  CRJ – Eric Burgess 25, Derek Burgess – 18 finished off with a win and big numbers from a point production.  Eric Burgess is one of the most talented prospects in the class of 2021.  He is a high skilled player that can run point or play a SG which makes him a recruitable prospect at the next level.
Edison HS –  Jabari Langley –  21 – Langley is in the class of 2021 and is a tough player that plays both ends of the floor with an attack mindset.  He finishes at the rim at a high rate and is tough to keep out of the paint.  He is one to watch and could lead the city conference in scoring.
Burnsville – (71) defeats Mpls. Southwest (49)
Burnsville is a team that can surprise you on most nights.  They have a lot of length and athleticism.  They have some prospect that are top in there class in  Daniel Rosenbur 20,  Yarin Alexander 16
SW. Christo Polydorou 18
Waconia – (87) defeats Mpls. South (62)
PJ Hayes Jr. 23 – (Waconia) – PJ Hayes lead the way for his team as he does most nights.  He is player that can score points in bunches.  He is a player that will play at the next level in College.
Rushford Peterson (69) defeats Hope Academy (50)
Rushford Peterson – Justin Ruberg 27
Hope Academy Caleb Hoilien 13
Byron – (69) defeats Blake – (49)
Byron – Easton Hulke 23
Blake – Robert Grace IV – 15.  Robert Grace is a smart point guard that will runs his team.  Robert is in the class of 2021 and has been playing varsity for the past 2 years and every year he has improved his game.  Robert will have many opportunities to play College basketball has he is getting interest from Colleges.
St. Louis Park (66) defeats Mpls Washburn (51)
SLP Paris Johnson 23 points, Cole Ewald 17 – points
Washburn – Nyle Dickel – 16 points
Holy Family – (72) defeats Mayer Lutheran – (50)
HF – Holy Family –  David Torborg,  17 points,  Nick Hendler – 13 points
ML –  Sean Buchanan – 16 points,  Teigan Martin – 11 points
Please follow us on social  media: Twitter: @HoopStarsMedia Instagram: hoopstarsmedia Facebook:  @HoopStarsMedia