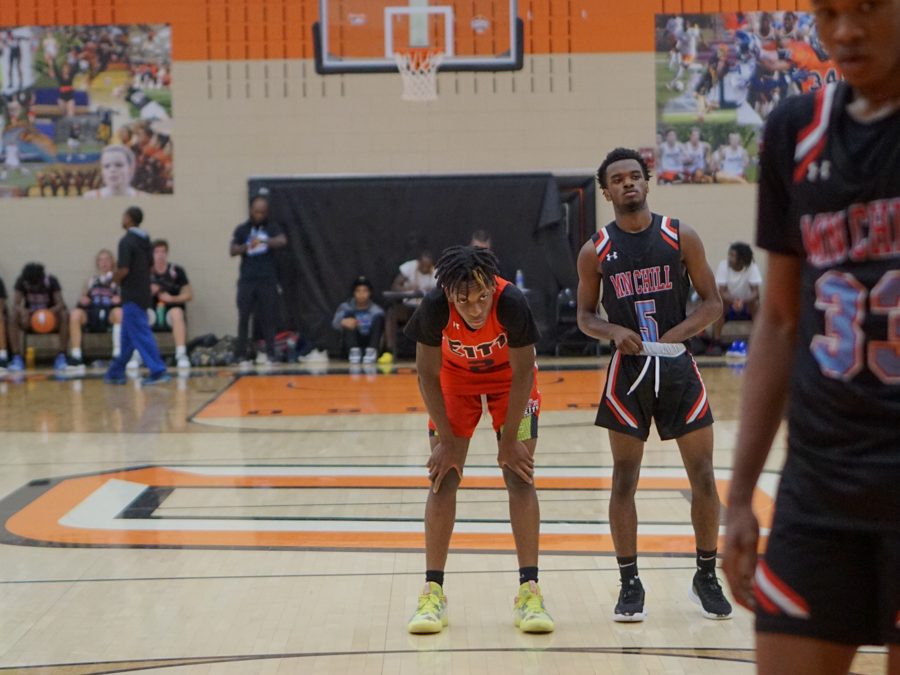 A deep talent pool from Minnesota’s dynamic 2023 class showcased a great deal of potential at this year’s Round Ball Remix. With some of the premiere prospects in Minnesota’s 2023 on deck, here’s a look at the top performers and prospects from the incoming junior class at this year’s event.

One of the most athletic prospects in the class, Obiazor has as much potential as any prospect in the class. Showing great potential and production during Round Ball Remix, Obiazor showed some major athleticism in his playing time making multiple plays above the rim and displaying a buddy wing skill set. Obiazor has all the physical attributes college coaches seek in D1 caliber wing prospects and should definitely draw in interest this coming July.

A versatile wing guard, Sager has great tools and potential. Sager has the big guard body type and the size that causes problems on both sides of the ball for opponents. Showing great potential and production this spring Sager played at high level at the Round Ball Remix. A pretty must positionless prospect, Sager really does everything well. He is able to contribute in all phases of the game, makes his team better and impacts without scoring with his toughness and competitiveness. Once coaches are able to soak up Sager’s playing style and size his stock will rise dramatically.

An athletic scoring guard with great combination of size, ball skills and shooting touch from the perimeter. Showing great potential, Ruben played at a high level during Round Ball Remix. One of the sleepers in a deep class, Ruben has many of the attributes college coaches seek in division one shooting guard prospects. Ruben has grown in height, size and game looking the part of one of the top shooting guard prospects in the class.

A prospect who has been gaining momentum throughout this spring, Barnes has been playing at a high level for coach Silas. A scoring lead guard, Barnes has put up some major numbers and continued to do so at the Round Ball Remix Classic.  Scoring in double figures in each of his games including two 20 plus point games, he capped off with leading a second half double digit comeback victory. He scored 6 consecutive points to cut the lead to 5 and finished with 17 points in the second half and 23 in the game. Barnes is only getting better and soon coaches will be reaching out to this great talent.

Very few prospects with the size of Miller go unrecognized but to this point, he’s been relatively unknown. With a good motor, bouncy, plays above the rim, Miller made a few eye popping plays at the Round Ball Remix showing his great potential. Miller has great physical attributes and athleticism and the potential to develop into a high caliber front court prospect and could make some noise sometime soon.

Very impressive performances at the Round Ball Remix Classic by Kloss playing at a high level for MN Chill. Kloss does everything well, ball handling, decision making, shooting and can defend his position well. Minnesota’s 2023 class is absolutely loaded and Kloss is one of the top wing forward prospects in it.

Only playing in 2 games over the weekend, Hagen showed a lot in his playing time displaying a dynamic point guard skill set. A scoring point guard prospect Hagen is explosive off of the dribble, able to finish in traffic and take over games with his scoring and play making at points. Displaying great potential this spring Hagen is a prospect to watch out for the rest of the summer.

Few prospects in this class have gained as much momentum this spring as Beverly with his high level for Team Sizzle. Showcasing great upside and putting up good numbers at the Round Ball Remix. Beverly continues to showcase great potential and is looking the part of one of the top forward prospects in Minnesota’s deep 2023 class.

A very complete lead guard skill set McDonald has good basketball instincts, shows leadership and high basketball IQ. Playing at a high level for Team Sizzle at the Round Ball Remix, McDonald showed good potential and production. McDonald is not flashy but makes the smart plays consistently, has great passing vision and makes his team better. McDonald has the kind of game coaches like because he plays to win, definitely a player to keep tabs on going forward this spring.

Playing at a high level for MN Chill during the Round Ball Remix, Carlson has plenty of game. Carlson had some major highlight moments making plays, turning defense into offense, and throwing down some bigtime jams. A prospect who has been coming on strong Carlson is definitely going to open up coaches eyes this summer.